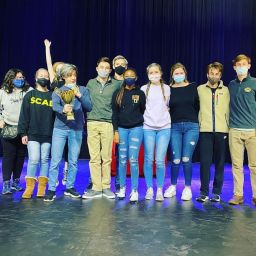 DWS's one act play Over the River and Through the Woods took the region championship on Saturday, January 30. The competition, hosted by FPD, consisted of five GHSA A-private schools each performing a different play with three judges determining the top show of the day. DWS's production received first place rankings by all three judges, clenching the region title. The judges also awarded a top actor and actress for the entire competition, and Michael Michas was named top actor out of all five shows. In addition, each school received an All-Star cast member, which went to Braydon Armstrong for DWS. The show will move on to the state competition on February 20 at Warner Robins High School. We will hold an open performance at Theatre Albany on Wednesday, February 17 at 7:00 p.m. Admission is free, though seating will be limited and socially distanced and masks are required.

The six person cast consists of Michael Michas, Braydon Armstrong, Kale Banks, Bridges Pierce, Annalise Allen, and Christianna Ford with Carter Deriso, Harrison Smith, Abbie Lakhanpal, Liza Rogers, and Anna Lane Pierce working behind the scenes on crew. Over the River and Through the Woods by Joe DiPietro tells the story of Nick, a single, Italian-American guy from New Jersey. His parents retired and moved to Florida. That doesn't mean his family isn't still in Jersey. In fact, he sees both sets of his grandparents every Sunday for dinner. This is routine until he has to tell them that he's been offered a dream job. The job he's been waiting for—marketing executive—would take him away from his beloved, but annoying, grandparents. He tells them. The news doesn't sit so well. Thus begins a series of schemes to keep Nick around. How could he betray his family's love to move to Seattle, for a job, wonder his grandparents? Well, Frank, Aida, Nunzio and Emma do their level best, and that includes bringing to dinner the lovely—and single—Caitlin O'Hare as bait...we won't give the ending away here. 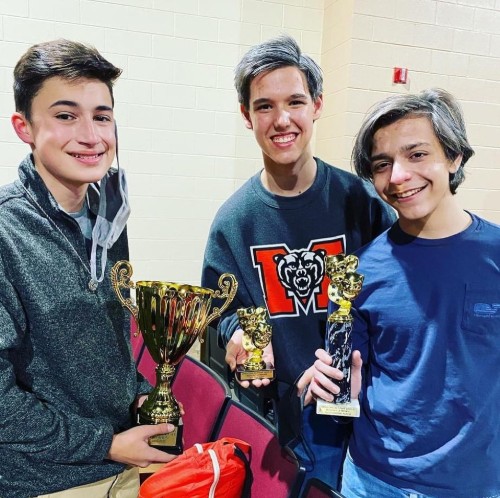